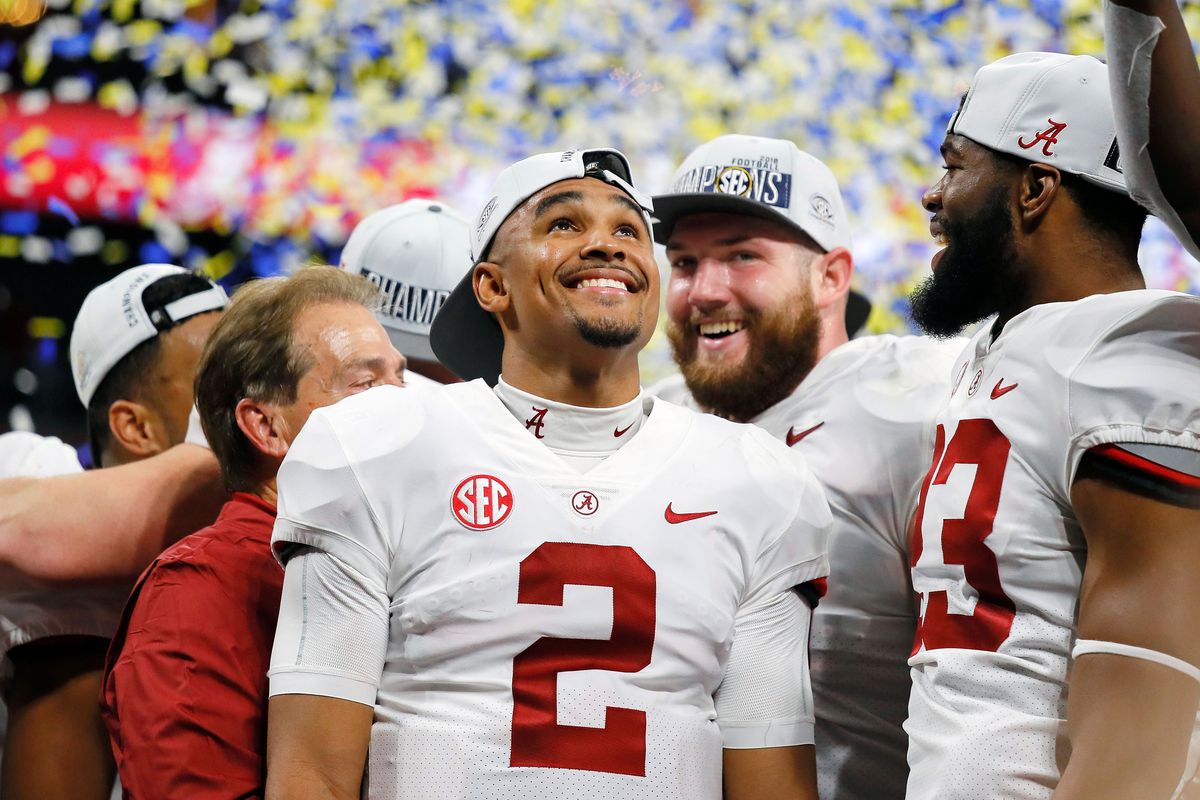 Devotions are a great way to connect you to your staff and participants. They are also important so you can reflect and pause. In youth programming or life, we move from one thing to the next very fast. So when using devotions, utilize this time to ask questions, learn about each other, and enjoy the quiet time. I started working with youth and staff at the age of 17, and I always appreciated hearing about current stories that I could apply to my own life. This story of Jalen Hurts from Alabama is a great one!

The term “Hurts So Good” is something I saw from several media outlets once the game was over. I love it! Jalen Hurts was the starting Quarterback last year, took Alabama all the way to the National Championship, and then was benched to start the 2nd half. Jalen was seen on the sidelines still clapping and supporting his teammate on. He was obviously disappointed, but you can see he put the team first even during that moment. Alabama won that game, and everyone talked about how great of a coaching move that was and how great his replacement was in taking over to lead them. No one talked about Jalen Hurts, he was simply an afterthought. Sports at the college level, especially at Alabama is like that, but it is still tough no matter how you look at it. In the world of social media, Hurts was thrown under the bus, and everything you could imagine was said about him. During the off-season the media continued, and were perplexed on why he didn’t decide to transfer. Then right before the season started, Saban had a choice to make, and went with his teammate Tua. Jalen stayed as the backup, always supporting, and seen cheering him on the sidelines or during interviews. Then during the SEC Championship game, which is the last regular season game of the year, Tua gets injured, and Jalen is needed to step in. Not only did Jalen step in, he threw for a touchdown and ran for a touchdown as Alabama came from behind to win the SEC Championship and remain the number 1 team in the nation.

What a great story this real and pure! Jalen said “None of this has been easy, but I think it shows true character and true heart to fight to the finish.” It is easy to give up, take the easy road, or complain. So many times, we can make the easy choice, but sometimes the easy choice isn’t always the best choice!

Another awesome quote from Jalen was, “I’ve been fighting for a year, not knowing what the results would be. Competing, keeping faith and God was with me yesterday.”  What makes this quote so powerful to me is that his willingness to stay with this when everyone around him is saying something different. Trust in God! If God says stay you stay, if he says go you go. God’s will is the key and not listening to the world. God has unique plans for all.

Lastly, Jalen tweeted on September 16th…“Jesus replied”You do not realize now what I am doing, but later you will understand.” – John 13:7…Just let God work his Magic.

I have attached this devotion in the Resource Zone with some questions to ask your staff or participants. Feel free to change up your questions or  even how you want to deliver this devotion. Sometimes the pain brings joy, “Hurts So Good!”