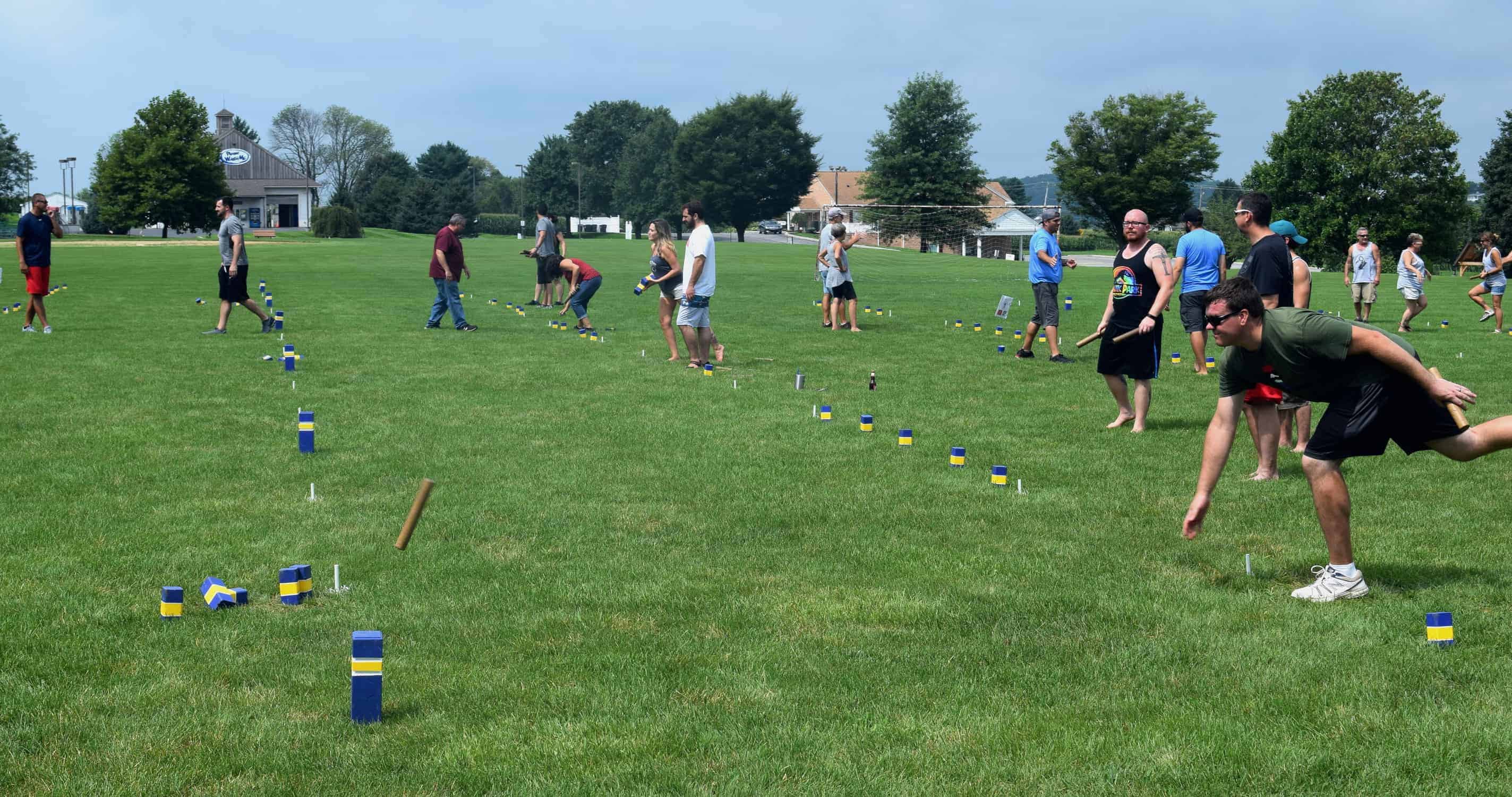 I have never heard of the game called Kubb until today! What a great game and even greater history/origin of how this started! It is a game where the objective is to knock over wooden blocks (Kubbs) by throwing wooden batons at them. Kubb can be described as a combination of bowling and horseshoes. This game is played on a small rectangular playing field, known as a “pitch”. Kubbs are placed at both ends of the pitch, and the “king”, a larger wooden block, is placed in the middle of the pitch. Some rules vary from country to country and from region to region, but the ultimate objective of the game is to knock over the Kubbs on the opposing side of the pitch, and then to knock over the “king”, before the opponent does. Games can last from five minutes to well over an hour. The game can be played on a variety of surfaces such as grass, sand, concrete, snow, or even ice. The alleged Viking origin of the game has led some players and Kubb fans to nickname the game “Viking chess”.

There is a great website called kubbunited.com that explains the game and where tournaments are available. There is also a great explanation of the rules and how to play this game. This game can be purchased as low as $28.22 on Amazon and other retailers. I see this game working smoothly with older age groups and teens. If you are looking for something different and new to introduce to your participants or staff, I guarantee Kubb would be something they may not have heard of or played. The game is growing across the world.

Check out this game and tons of others in the Resource Zone on my website. Feel free to steal and share anything you see!